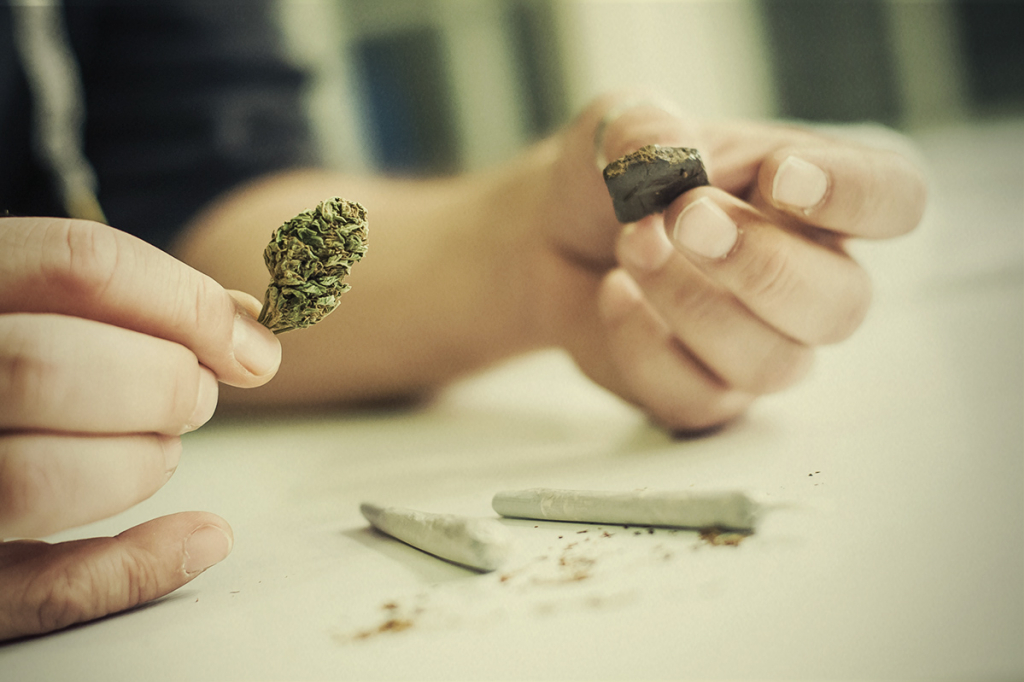 Hash vs Weed: Here’s How To Tell The Difference

This is a blog article from .royalqueenseeds.com

A lot of newbies to the cannabis world confuse weed and hash. In this article, we explore both, and highlight how they’re different.

If you’re new to the world of cannabis, you might think weed and hash are two interchangeable words used to describe the same thing. But they’re not. Below, we’ll walk you through the differences.

Weed refers to dried cannabis. In most parts of the world, weed is made up of cannabis flowers that have been dried and cured, and are ready to smoke, vaporize, cook, or turn into some kind of concentrate. In some regions of the world (like South America and Southeast Asia, for example), you’ll still find “brick weed”, which usually contains buds, stems, leaves, and seeds, all compressed into a hard, dark block.

There are countless strains of cannabis out there, and they all produce unique effects. Since the 1980s, cannabis growers have started breeding and manipulating these strains to produce unique varieties with different aromas, flavours, and effects. Sativa varieties tend to produce a more uplifting, euphoric high, while indica varieties are thought to produce more relaxing, mellow effects. But keep in mind that the effects of a strain come down to its chemical makeup, not its genetic lineage.

Hash (or hashish), on the other hand, refers to a cannabis extract made by separating the resin from buds (and/or sugar leaves). There are many different ways to make hash, but they all involve separating the trichomes and pressing them into a block, ball, cylinder, or coin. The result is a strong concentrate with unique flavour and effects.

Some of the most traditional forms of hash come from Afghanistan, Morocco, and India. Afghan and Moroccan hash were traditionally made by running dried cannabis through fine sieves. The gentle friction would separate the trichomes from the dried plant material to make kief, which would then be heated and pressed to produce dark, creamy, and very potent blocks of hash.

In India, on the other hand, hash was produced differently. Here, people would take live cannabis buds and roll them between their hands. The heat and friction would cause trichomes to separate from the actual plant material and create a thick, dark resin on the hands. This would then be rolled into balls and sold as charas.

Other forms of hash include rosin, bubble hash, and BHO, the latter two of which are made using solvents.

How to Make Hash

HOW DO HASH AND WEED COMPARE?

Now that you understand the difference between hash and weed, here’s an overview of how they differ in terms of preparation, flavour, effects, potency, and use.

Weed is prepared by growing female cannabis plants, waiting for them to flower, keeping them from being pollinated by males, and harvesting their buds at peak ripeness. Today, most weed is grown indoors using specialised lights, ventilation systems, and nutrients to help maximise a female cannabis plant’s ability to produce resin.

After about 8–12 weeks of flowering (depending on the strain), female plants are cut down, and the buds are dried for about two weeks before being placed into jars for curing. This process is vital because it helps the buds mature and maximises potency and flavour.

Hash can be prepared in a multitude of ways, but they all involve separating the trichomes from cannabis buds and binding them together. The simplest and most traditional ways to make hash are those used by people in Morocco and India (which we mentioned earlier). Rosin hash, on the other hand, is made by pressing cannabis flowers using a hot press or hair straighteners to extract a rich, golden resin. Meanwhile, bubble hash uses ice water and physical agitation to separate the trichomes, and BHO uses butane.

There’s a stark difference in the taste of weed and hash. Whereas weed tends to have more fresh, herbal, and sometimes fruity flavours and aromas, hash tends to be complex, rich, and spicy. Keep in mind that the flavours of hash and weed will vary depending on what strain was used to create them. The flavour of hash also varies greatly based on the way it’s produced.

Hash is much more potent than weed. Most cannabis strains on the market today produce between 15–30% THC. Because hash is made by compounding a ton of trichomes together, it can reach potencies of 40, 50, or even 60%. Again, the exact potency of weed or hash will vary from one strain to the next, and will also come down to the style of hash-making utilised. Today, BHO tends to be the most potent type of hash out there, reaching over 90% THC.

This is where weed and hash have more in common. Both can be smoked, vaporized, or used in edibles. Weed flowers, however, can also be used to make concentrates, whereas hash doesn’t work here.

Whether you prefer weed or hash doesn’t matter—both offer a unique and enjoyable experience. Whichever you choose, however, always make sure to source your weed or hash from quality producers using the best genetics. Or better yet, grow your own weed and make your own hash at home using our top-shelf seeds!

The best Marijuana strains of 2020.

To the attention of others Runtz weed

To the attention of others Runtz weed